WHATSAPP WILL STOP WORKING ON YOUR PHONES

Yes off course “whatsapp” will stop working in your phone in Feb 2020 if you are using older phone.

The Facebook-owned agency showed on its support page which smartphones would now not be able to access the app, claiming this was vital to make certain the security of its users.

Various versions of Android, iPhone and windows will be effected by the decision which is likely to be implemented in February 2020.

If you are using an iPhone with android version iOS 8 which was introduced in 2014 by Apple or earlier versions, then you will not be able to use whatsapp on your phone. This means that the users having iPhone 5 and earlier will be effected by the decision.

“For the best experience, we recommend you use the latest version of iOS available for your phone,” WhatsApp said.

Android phone users who are using android version older than 2.3.3 will be effected and the would not be allowed to login to whatsapp messenger.

If the users so effected want to install whatsapp on these effected phones, they have to upgrade their android or iOS versions in these mobile but difficulty is that some phones don’t allow such kind of upgaradations.

Four useful features of whatsapp Everyone Should Know

PTA has taken up hacking issues with WhatsApp

Four useful features of whatsapp Everyone Should Know

WHATSAPP WILL STOP WORKING ON YOUR PHONES

PTA has taken up hacking issues with WhatsApp

Get you Favorite group now 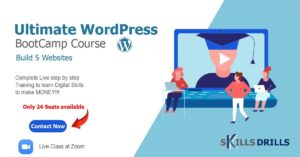